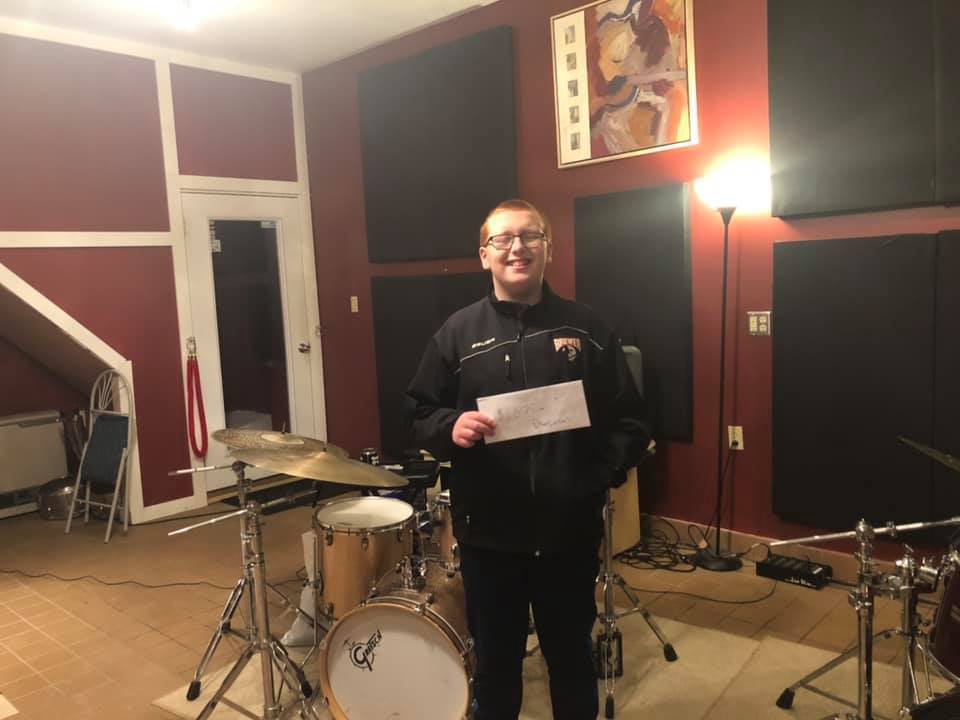 Mike Heath was a local drummer and huge supporter of local music in Maine. He always showed his support for the musical community and attended many music events, clinics and shows. He passed away not long ago. Justice Barnes started a fund raiser in his memory which raised $1,075.00. Justice reached out to Andrew Clifford of Main Street Music Studios to see if he would be willing to instruct the recipient of the scholarship. Andrew agreed and committed to matching the amount raised to not only teach one, but two students! The two lucky recipients are Jonathan Gunn of Brewer and Jacob Ronaldson of Orrington.