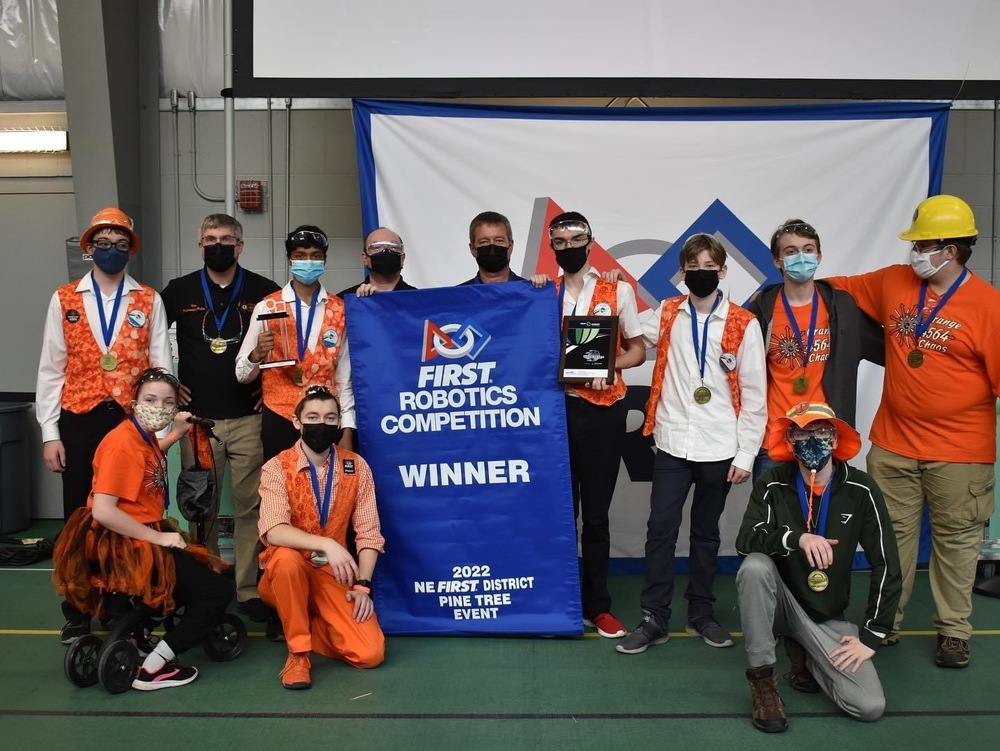 The Orange Chaos team recently had a great first competition in two years. The team's newest robot is named Scoop, and the weeks of hard work for both the Mechanical and Programming groups paid off. The Team finished Qualification Matches in 9th place in the inaugural event for this year's competition season.

During alliance selection the 3rd place Captain picked Brewer to join them. In the best 2 out of 3 Quarter Finals the Orange Chaos alliance won both matches against the number 6 seed alliance. In the Semifinals, the Brewer alliance won over the 2nd seeded alliance.

In the Finals Scoop combined to beat the #1 seeded alliance and brought home a new banner. This is the team's 3rd Winners banner in their 10 year history!

Although it is early in the season, right now the team is ranked 9th out of 185 teams in NE England.