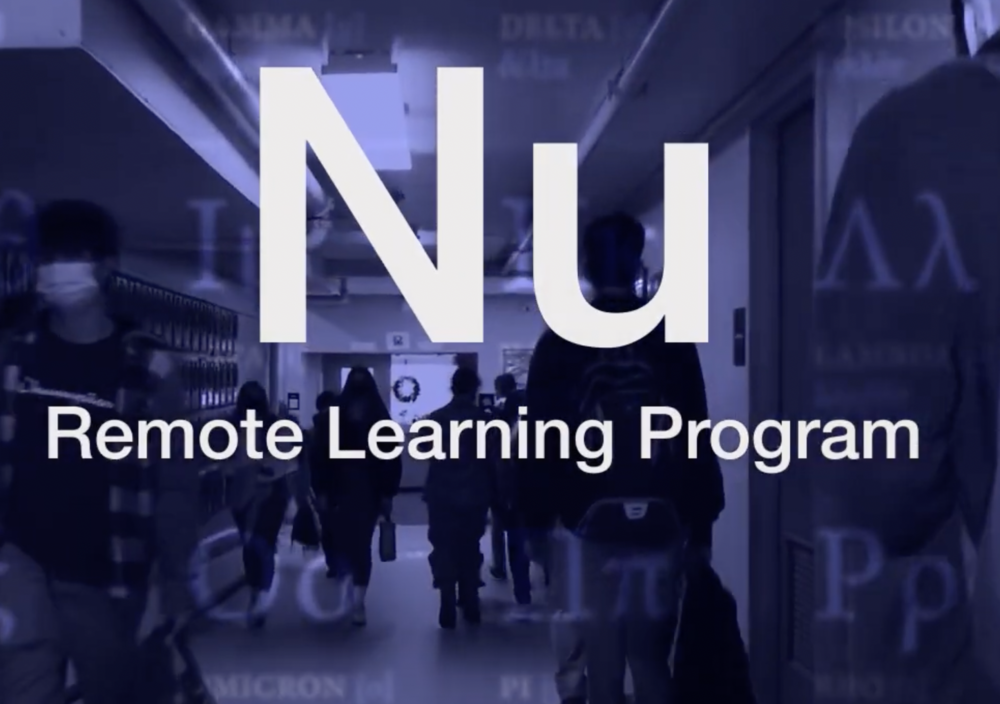 From the Bangor Daily News:

The Brewer School Department plans to grow a program that allows middle and high school students who came to prefer remote learning during the COVID-19 pandemic to keep taking at least some of their classes online (link to Nu video).

The department developed the Nu Program last fall when administrators realized some students were more successful with the shift to remote classes that happened in schools nationwide at the start of the COVID-19 pandemic, and were anxious about returning to in-person learning.

“Unfortunately, those kids were just forgotten as everybody transitioned back and those online programs shut down,” said Chris Moreau, Brewer’s Nu Program specialist.

To aid those students, the department started the Nu Program using $250,000 the district received through the Maine Department of Education’s Rethinking Responsive Education Ventures grant.

It’s a key effort in the Bangor area aimed at helping students who weren’t as eager as most of their classmates to return to full-time, in-person learning.

This week, Brewer schools received an additional $100,000 from the same Department of Education program to expand Nu. The school department has also used the additional funding to develop a template of the Nu Program that five nearby school districts — in Hampden, Bucksport, Old Town, Orrington and Belfast — plan to pilot next year, said Renita Ward-Downer, Brewer’s director of instruction.

When the Nu Program got off the ground last fall, only eight middle and high school students were participating, but that number soon grew to 20 over the course of the academic year, according to Ward-Downer. The six seniors enrolled have all graduated, and Moreau said he has received another two or three applications to join the program in the fall.

Students enrolled in Brewer’s Nu Program learn through Apex, an online academic program. The work is self-paced, though students have to meet certain benchmarks that Moreau sets.

Nu students can choose to complete all their work online, but they also have the option to take any in-person class — including art, gym and music — or participate in any extracurricular activity at their school, Ward-Downer said. This means they could take their math and English classes online, but go to school to take science and art, or join the basketball team.

“Being in the Nu program affords you the same rights, responsibilities and privileges as a regular student at [Brewer High School] or [Brewer Community School],” Moreau said. “You’re still considered a Brewer student and have access to everything everybody else does.”

At least half of Nu students take one or more in-person class or participate in extracurriculars, “so they get that social interaction with their peers as well as a pathway that best suits their needs,” Ward-Downer said.

In addition to coordinating the program, Moreau teaches virtual social studies courses to all Nu students and meets with students weekly to check on academic progress and overall wellbeing.

“We feel it’s very important for these students to know they have a person at the school that cares about their success and will do everything they can so they can be successful,” he said.

Students in the Nu Program also receive a Brewer High School diploma when they complete their senior year.

By offering Nu students both in-person and online classes, Moreau said students can customize their education in a way that gives them the best chances for success.

“It’s the proverbial square peg in a round hole,” Moreau said. “They’re finding a home and a place where they can be successful, creative and passionate about their education. A student who comes in isn’t going to be lost.”

In the next academic year, Moreau said he wants to work on growing the Nu Program for middle-school students. The district has hired another teacher to assist Moreau, who believes the number of Nu students could double as the program continues to develop and gain traction.