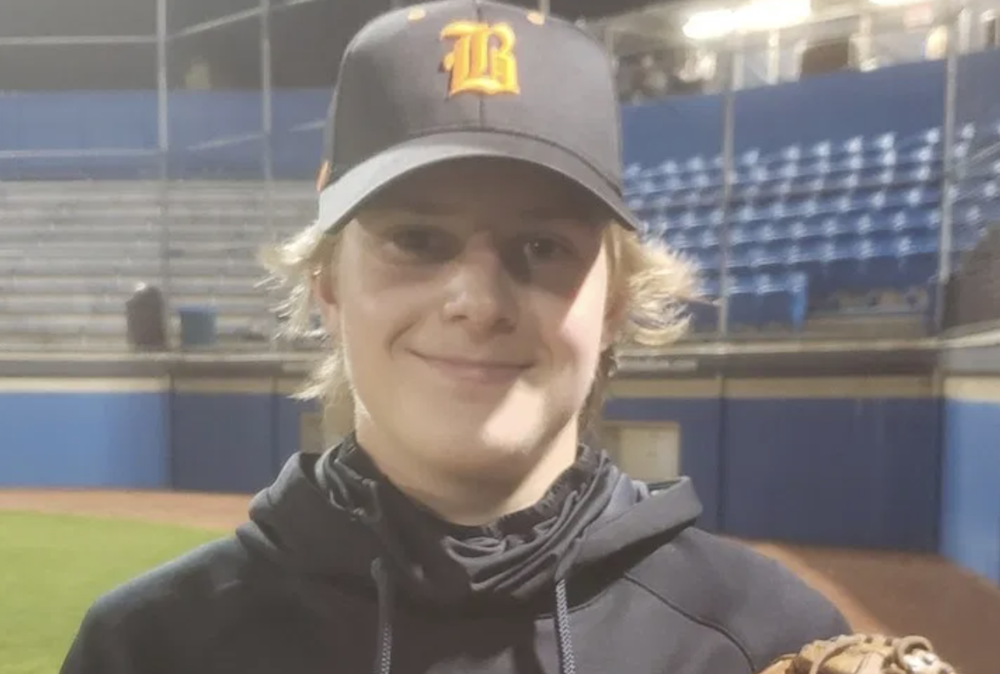 From the Bangor Daily News:

There’s nothing like shutdown pitching to help a baseball team escape an early slump.

The Brewer Witches have come off two straight stellar efforts on the mound — one a no-hitter — this week to ignite their ascent from the bottom of the Class A North rankings as the second half of their schedule begins.

On Monday, sophomore Jed Gilpatrick, a transfer from Houlton who had not started a game on the mound before, held Nokomis of Newport hitless during a 7-0 victory.

Two days later, senior Anthony Chiappone, one of the more experienced pitchers in the region, limited Bangor to one run on four hits over 6 1/3 innings during a 2-1 Brewer victory.

Gilpatrick, usually a starting outfielder, earned his chance to debut as a starter on the mound based on earlier performances in relief.

“Coach Kiah handles the pitchers, and when Jed told him he had never, never started a game before, Coach Kiah told him, ‘Guess what, you’re starting tonight,’” Corey said.

Gilpatrick wasn’t fazed by the news. He required just 83 pitches to complete his no-hitter, an efficiency that produced nine strikeouts and two walks.

“He wasn’t throwing as hard as he could or as soft as he could, he was just hitting all of his spots,” Brewer junior catcher Logan Levensalor said. “We were mixing in the off-speeds with the fastball, and he was very, very consistent.”

Gilpatrick also pitched free of pressure, as only one Nokomis runner reached second base.

“Around the fifth inning I looked up on the scoreboard and saw a big, fat zero and realized, ‘They don’t have any hits,’” said Gilpatrick, who also contributed two singles, a walk and two runs scored from the leadoff spot. “Then I just shut my mouth and tried to focus up.”

Chiappone, one of Brewer’s top starters two years ago, made the most of his second start of the spring against Bangor.

“I felt great,” he said. “I was finally locating pitches like I’ve wanted to all year. I finally found my curveball and now I’m looking to keep it going.”

One of only three full-time starters back from the Witches’ 2019 team, the right-hander struck out 11 and walked two while throwing 112 pitches before getting relief help from junior Maddox Torrey, who earned his first save.

“He had the strikeouts and good defense behind him,” coach Dana Corey said. “The other thing you could say was he was effectively wild. You couldn’t settle in at the plate because he was all over the place, and those are the toughest pitches because all of a sudden it’s going one way and then it comes back across the plate.”

Chiappone has allowed just nine hits over 13 1/3 innings in his two appearances against Bangor with 18 strikeouts, two walks and three hit batters.

“We really feel like we’re having fun right now,” said Chiappone, whose team hosts Ellsworth at 2 p.m. Saturday at Mansfield Stadium in Bangor. “And that’s the biggest thing because it keeps the team alive. It keeps us going.”

Brewer has won three of its last five games after an 0-4 start.

“I think the 0-4 start has motivated us to play a lot harder, and coming into these last few games we’ve been giving it our all,” Levensalor said. “The pitching has been huge and we’re starting to string hits together. We were a little rusty toward the beginning of the season but I think we’re coming around.”

The Witches may have known they weren’t far removed from improved fortunes. Their first four losses came by a combined six runs and none of their six defeats to date has come by more than three runs.

“The kids are starting to get a little more comfortable,” Corey said of understanding the philosophy of him and assistant Dennis Kiah.

“You need to be able to put the ball in play, bunt when you need to and do all the little things.”

The Brewer players also are learning to rely on each other.

“I think the other aspect they’re starting to understand is that they can only win as a team, they can’t win as individuals,” Corey said.