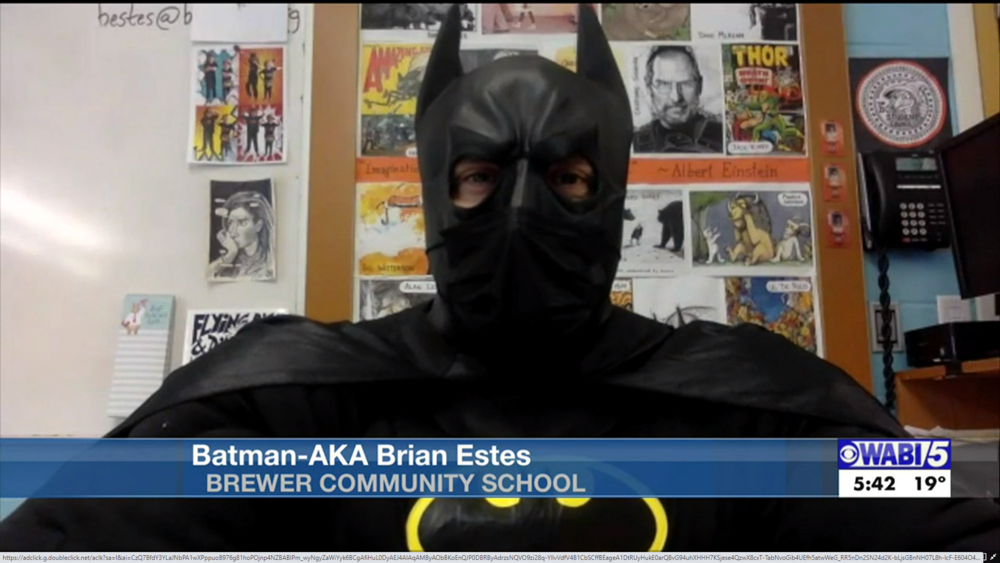 BREWER, Maine (WABI) - Students in Brewer have been hard at work raising money to battle food insecurity in the city.

The war has rolled on at the Brewer Community School over the last three weeks.

A penny war that is, to benefit the Brewer Food Pantry.

Typically, the school donates food directly to the pantry, but due to the pandemic, they had to change their approach.

“We tried to think of another way to get the kids involved, and the school does the great kindness challenge in the month of February, so we started this off as part of our week of being kind,” said Thomas Burby, a 7th grade teacher at Brewer Community School.

“They can do so much more with cash donations, so that’s what we were trying to do, kind of maximize what we could offer for help this year for the community, plus it helps people right in the city of Brewer,” Burby added.

Brian Estes, who is also a teacher at the school, dresses up as Batman during events like this, to help join in the fun.

“Any time we can get our students to serve the greater community, I think that we’re adding to their experience as a human being,” said Brian Estes.

“This is a way for them to step forward and do something kind, to throw in a penny, a quarter, a dollar, and know that that’s going to go eventually in someone’s belly,” said Burby.

The grade that raises the most money for the food pantry gets to enjoy a sweet victory, with an ice cream party.

The Penny Wars concluded Friday afternoon with Brewer students raising over $4,400 for the food pantry.